HI-DEFINITION LANDSCAPE, INC.
GIVE US A CALL
We will work with you to implement a solution for your landscape. 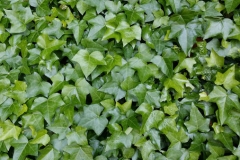 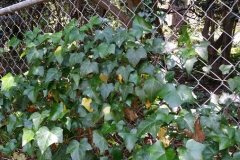 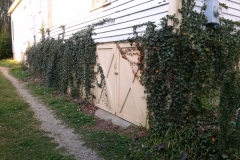 How do you get poison ivy?

From touching the leaves, the vine or touching something that has touched it, like your clothes or your dog. Pulling on the vine or the roots without protection (even in the winter when there are no leaves on it) will cause an allergic reaction.
Using a weed-eater to remove poison ivy will result in spraying the oil on your legs, arms and/or face if not protected. If you are bare-legged and get scratches or splattered with sap from poison ivy, begin making plans for an emergency room visit.There are more unusual ways to get it, like breathing smoke from firewood burning with poison ivy on it. You will most likely end up in the hospital.

Some people appear to be immune, others become immune. However, you can gain or lose immunity, so don’t assume you can’t get it.

Within an hour or so you should rinse with lots of cold water – like with a garden hose. Hot water will open your pores and let the oil in. Taking a shower could be a disaster. For up to about 6 hours washing with alcohol may still help remove the oil, but many say that after about 30 minutes the oil has soaked in and you can’t remove it. The next day is really too late. Check with your doctor to see if early treatment can prevent the rash from spreading before it causes some major discomfort

At first you get a slight itchy spot, which gets worse and worse. It can be a small itchy area that will annoy you, or it can cover your whole body with giant red sores that will drive you nuts.

What can you do once the itching starts?

Not too much without seeing a doctor. Drugstore remedies may help, but for severe cases you will have to see a doctor for a heavy duty remedy.

Once you have the rash, the oil has been absorbed and you probably can’t spread it to others or elsewhere on yourself. If you get big blisters filled with liquid, it is mostly water and will not spread the rash even if they break.

What causes the rash?

The oil in the leaves, vines, and roots called Urushiol, causes an allergic reaction after the first sensitizing exposure. That’s why tearing out the vine is so dangerous – it releases lots of Urushiol.

Are there 2 types of poison ivy?

Technically there is the climbing variety (toxicodendron radicans) and the nonclimbing (toxicodendron rydbergii) or Rydberg’s poison ivy. But since they interbreed, they look very similar and sometimes grow in the same places and will give you the same rash.

Where does it grow?

Everywhere in the US and southern Canada except the far west, deserts and at high altitudes. In the west they have poison oak, which is very similar. Both love roadsides and edges of fields. Poison Ivy usually grows in areas that are rarely disturbed, such as wooded or shaded areas. You can find them in your bedding areas, at the base of your plants/shrubs, in areas where there are other vines or ivy and will grow along fences, down spouts and the exterior walls of your home. During the summer months when the leaves are green, they will blend in with leaves from nearby trees/shrubs and can easily go undetected. Poison ivy will also grow in full sun.

Are there any good Poison Ivy links?

The best web source of information is the Poison Ivy, Oak and Sumac Information Center. For medical advice, try:
The American Academy of Dermatology Poison Ivy Page: A site with advice on getting rid of poison ivy. (Put together by the University of Oklahoma Police Dept) A good site from the Canadian Department of Agriculture.

How do you get rid of poison ivy?

This is the most commonly asked question, and not easy to answer. You can rip it out by the roots but it will most likely grow back if your adjoining neighbor has it. The roots can travel great lengths just below the surface and will split into several different directions. So when you think you’ve removed all of it, don’t be surprised if you see it sprout up in another area. Burning it is not recommended because the smoke can get in your lungs and make you sick. Be very careful about mowing it. When you grind up the leaves, it can spew the oil into the air and can sometimes make matters worse. Poison can survive many conditions and can start to germinate from a small piece of root thrown from your mower. You might be able to cover the ground vines with black plastic until it dies but you’ll need to plant something else right away or it will come roaring back. You can spray it with a broad-leaf herbicide, but you risk killing lots of other plants. There are many cases where the chemical wears off before getting to the roots. Most counties in America have a listing for your area that can give you advice about how to handle it in your particular situation.

Poison ivy does have its good points: